Mark 16:15 NIV
He said to them, “Go into all the world and preach the gospel to all creation.”

Our church supports multiple ministries as part of our commitment to reach the world. It’s in our mission statement (Worship – Serve – Reach) and part of our church DNA, so we are intentional in our prayer and giving. In addition to giving regularly to help plant new churches, and Christmas for Christ and Sheaves for Christ offerings, we support several missionaries with monthly contributions.

We invite you to join us in the global mission. You can make a pledge of support and give through our church to help this cause, or you can visit their ministry pages below to give directly. If you are connected to Family Apostolic and give through us, it will be tracked and you will receive a report at the beginning of the year for charitable giving that helps with taxes!

If you give online (or at church), please specify Missions as the category and the Missionary in the memo field if you have a preference. 100% of the funds given for missions is sent from our church to the ministries we support. 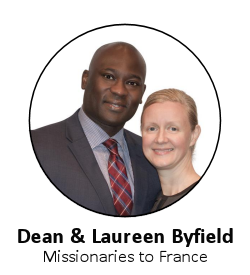 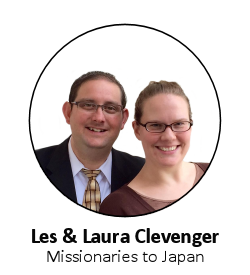 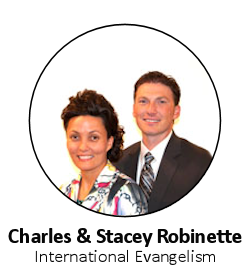 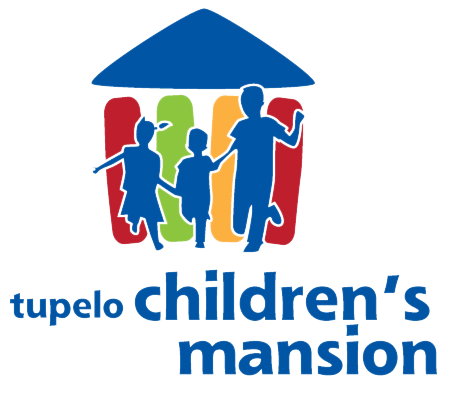 http://www.mansionkids.org
We also sponsor a child through Tupelo Children’s Mansion. For privacy purposes, we cannot and would not publish pictures of our sponsored teen online, but we believe strongly in this amazing ministry effort in Tupelo, MS. Please consider supporting them with your finances and prayers. 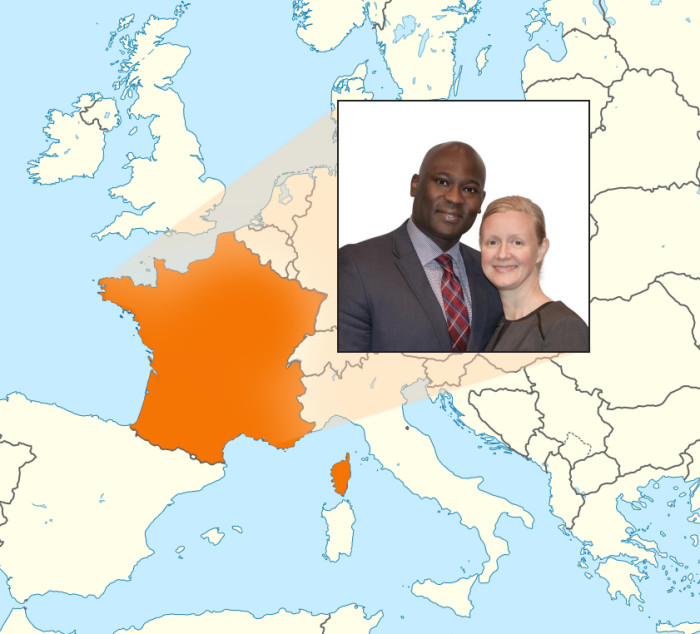 Support the Byfield’s
We accept online donations through Tithely. Their website is secure and easy to use. Select “Missions” in the category box and mention “Byfield’s” or “France” on the memo line.Click here to Give Online!

Dean was born in Jamaica and migrated to the United States with his family at the age of eight. They attended Bethel United Pentecostal church where Dean served in various capacities as youth pastor, singles leader, small group leader and Sunday school teacher. He also served on the New York Metro District youth committee for many years. Through the years Dean has also participated in missions trips to Holland, Scotland, Israel, the Ukraine and Sri Lanka.

In 2011 Dean moved to Columbus, Ohio, to serve as an associate pastor. In 2015, he and Laureen moved to France on the Associates In Missions program to serve as furlough replacements for Brother and Sister Brochu in the Paris Center church. They then transitioned over to the headquarters church in Melun where they currently assist Pastor and Sister Nowacki.

Laureen was born in Canada to John and Anne Nowacki. When she was four her parents were appointed as missionaries to France where she lived until the age of seventeen. During her time in France Laureen worked in many aspects of ministry including Sunday school, music ministry, outreach and church administration. Laureen then moved back to Canada to attend university where she received her CPA designation and worked as an accounting manager. During her time in North America Laureen involved herself in outreach and church administration. She still had a burden for the people of France and believed that God would someday open a door for her. In May 2015, that door opened when she and her husband were asked to be furlough replacements in the Paris Center church. Now she serves as a missionary to France and is very involved in church administration and outreach.

Their son, Caleb, was born in 2015. His missionary commitment is to look cute and grow in God as his parents serve the kingdom

Click here to visit the Byfield’s Missionary Page and also make a direct donation. You can also make a tax-deductable contribution through Family Apostolic Church using the orange button at the top of this page. 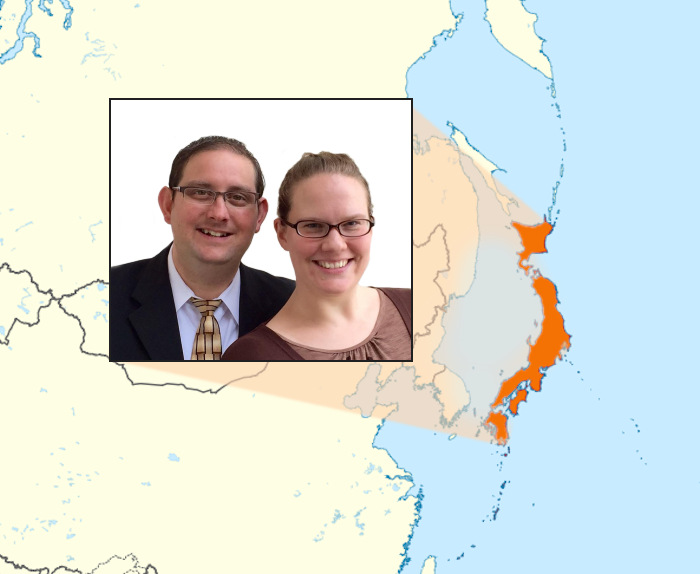 Support the Clevenger’s
We accept online donations through Tithely. Their website is secure and easy to use. Select “Missions” in the category box and mention “Clevenger’s” or “Japan” on the memo line.Click here to Give Online!

Les Clevenger was born in Okinawa, Japan, while his father served in the United States Marine Corps. He prayed for Japan and Asia from an early age, believing that one day he would be a missionary to Japan. While growing up in Moore, Oklahoma, his calling to Japan was confirmed at age fifteen. Laura grew up in North Carolina and at the age of fourteen felt the call to missions. Les and Laura met while attending Gateway College of Evangelism. They married in 2001 and began to prepare for where God would send them.

On May 4, 2006, thirty years to the day since young Les and his family had returned to the States from Japan, he and his wife arrived in Okinawa. They served on the Associate In Missions program for seven years. In 2012 Global Missions appointed them as associate missionary profile missionaries.

In the past twelve years, God has filled many Japanese with the Holy Ghost and many have been baptized. Les currently serves as the Southern Regional Director for twenty-three prefectures for the Japan UPC as well as serving as the National Coordinator for the twenty Bible school campuses throughout Japan. Laura started a Christian school and served as administrator of World Changers Academy in Okinawa from 2007-2015.

Training is at the heart of all they do. They have seen exponential growth in leaders and ministers as well as daughter works, preaching points, and churches started while serving in Japan. They have a vision to see a church location in every community and a Bible school in each of the forty-seven prefectures in Japan. Their greatest desire is to see national ministers sent out to reach their people as well as sent to other countries with the gospel of Jesus Christ.

Click here to visit the Clevenger’s Missionary Page and also make a direct donation. You can also make a tax-deductable contribution through Family Apostolic Church using the orange button at the top of this page. 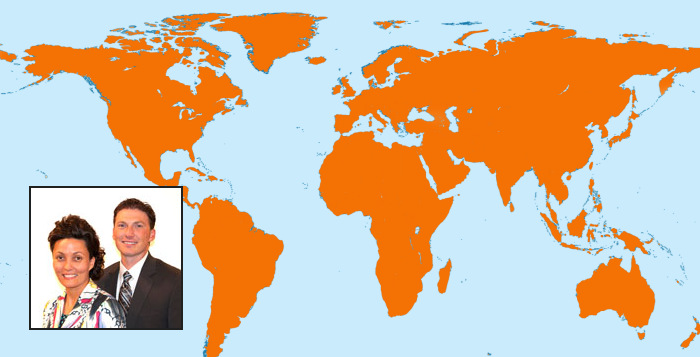 Support the Robinette’s
We accept online donations through Tithely. Their website is secure and easy to use. Select “Missions” in the category box and mention “Robinette’s” on the memo line.Click here to Give Online!

Charles and Stacey began their Global Missions ministry with Associates In Missions and military ministries assignments in Germany, Belgium and Switzerland, from 1994 to missionary profile 2002. They received full missionary appointment in February 2004, when they became appointed missionaries to Austria, Switzerland, Germany and Liechtenstein. The Robinettes have served as pastor of The Church of Acts in Vienna, Austria, for the last ten years, and as the General Superintendent of the German Speaking Nations for the last eight years.

In 2008 the Robinettes pioneered the GATS-affiliated Apostolic Ministry Training Center across all four nations, with at least 400 students involved in training over the last nine years. They have celebrated around fifty graduates from the four-year program. In 2017 they had a record year of training, with 155 students enrolled.

The Lord has given them great favor with the Muslim communities across the German Speaking Nations, and around 150 people of Islamic backgrounds have been baptized and filled with the Holy Ghost since mid-2016. God has also opened doors amongst Trinitarian churches across Germany, Austria and Switzerland. There have been about fifty Trinitarian pastors and ministers who have been Holy Ghost filled and baptized in Jesus’ name and around sixty-five of them are involved in training programs with the United Pentecostal Church in the German Speaking Nations.

The Robinettes are changing their appointment to be International Evangelists and will be used across the globe.

Click here to visit the Robinette’s Missionary Page and also make a direct donation. You can also make a tax-deductable contribution through Family Apostolic Church using the orange button at the top of this page.

And the world passeth away, and the lust thereof: but he that doeth the will of God abideth for ever.
1 John 2:17
DailyVerses.net
Scroll Up